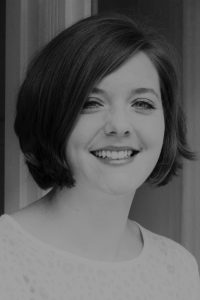 Kira Senkpiel works internationally as a professional performance artist, choreographer and producer – art manager. She is driven by a curiosity for diversity in expression, and has therefore founded a broad career in various environments and art forms. Her choreographic signature is recognized by her choices in handling themes and aesthetics independently of each other, and an unique authenticity in experimenting with composition and performance.

She studied at the Norwegian National Ballet School and graduated with a bachelor’s degree in contemporary dance from Oslo National Academy of the Arts in 2008. Since then, she has worked internationally as an independent dance artist and choreographer. In 2018 she completed a MBA in International Management at Hochschule für Wirtschaft und Recht Berlin.

As a choreographer, Kira has developed choreography for dance, theatre and opera productions. She is also active as a performer and as a producer in art management.

Opera: She choreographed for Carlos Wagner’s direction of “Lohengrin” at the Korean National Opera in 2016, Maximilian von Mayenburg’s direction of “Der Freischutz” at Theater Bielefeld, 2017 and “Tannhauser” at as Deutsche Nationaltheater und die Staatskapelle Weimar in 2018. She also cooperated with Philipp Stolzl and Mara Kurotschka as their choreographic assistant for the productions “II Trovatore” Wiener Festwoche 2013, and Kurotschka’s “Der Vetter aus Dingsda” Konzert Theater Bern 2014.

Dance: She debuted with her first solo in a coproduction project “CAFFEE” in 2011, directed by posttheater. This experience brought a strong understanding to her visual approach to dance, and motorised her interest to choreography. Further she reconstructed Dussia Bereskas solo “Orchidée” from 1923 for the installation performance Raumdeutungen directed by Juliette Villemin in 2014. Upon request she also choreographed a piece for the award ceremony for the European Union “Inventor of the Year” 2014. In 2017 she started re-exploring solo work and is currently performing the piece “Half life / Air compressed tight to explode”.

Theatre: She choreographed for the interactive theatre productions “Traumvogels Ende” 2012 and “affelkaferlhund” 2014 under the direction of director Adelheid Schulz.

As a performer she has in Germany collaborated with dance productions by Nina Kurzeja Tanztheater, Juliette Villemin, posttheater, TART Produktion, Installation Performances by Sasha Waltz, Joachim Fleischer and Marina Abramovic aswell as productions by the lnternationale Hugo-Wolf Akademie. In Norway she has worked under the direction of Mia Habib, FLUKT, Hege Haagenrud , Nordic Projects, Vilde Sparre, Tharan Revfem.

Between 2017-2019, Kira started working as a producer for Mia Habib Productions in Oslo, where she is responsible for all administration and financing, including project management. In 2019 she connected with Mobile Dance – Jo Parkes  in Berlin which is an organisation working with socially engaged, co-creative, participative dance productions. The work is established at the intersection of arts with socio-political concerns.